So, two Saturdays ago, I ran my first 5k with some friends!!

It was a super fun neon-dance-party-pseudo-rave kind of thing. AKA, untimed, and a BLAST. (But I did still kind of try to time it and I think we completed it in 40ish minutes! Which is pretty dang good in my book. Haha). It was at Candlestick Park (where the 49ers used to play), and we even got to run through the stadium at one point! Not ON the field though…that would have been cool. And not on the stairs either…that would not have been cool. Hahahaa. 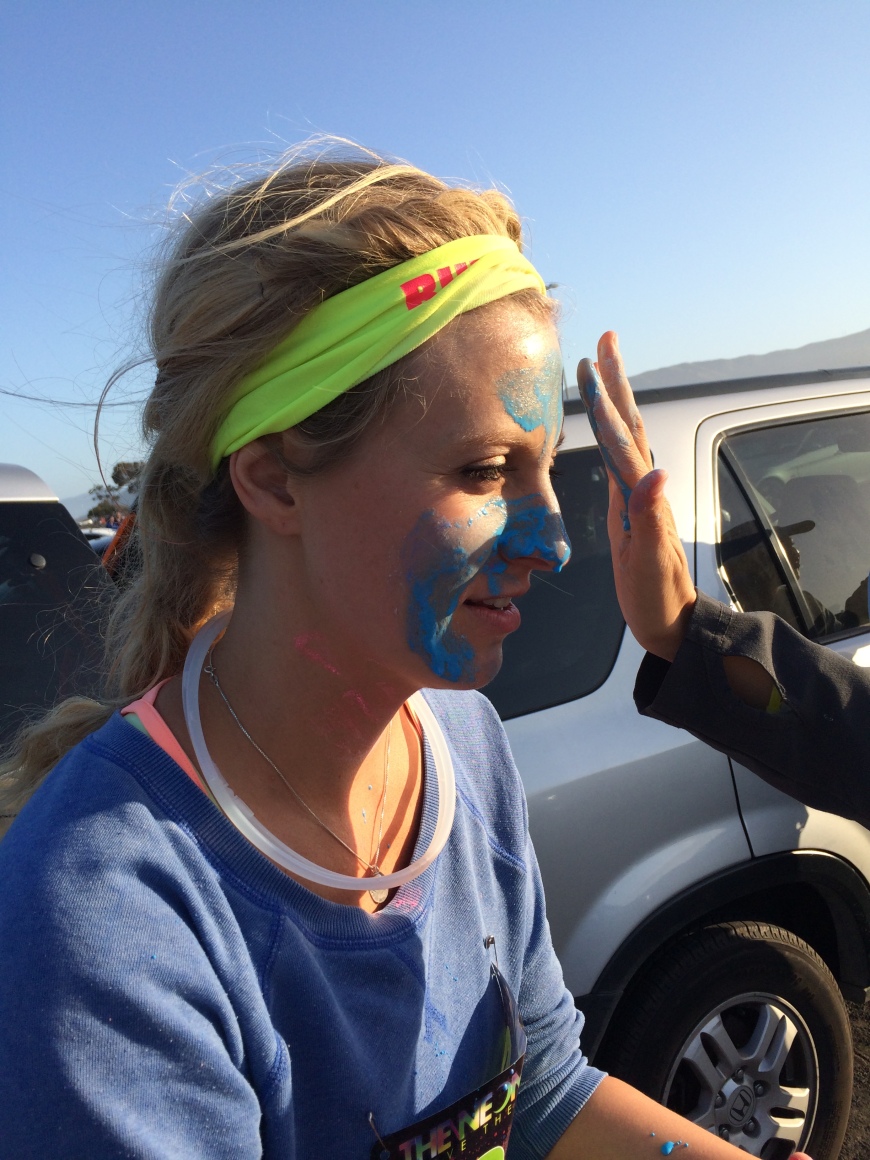 Shari, getting her war paint on 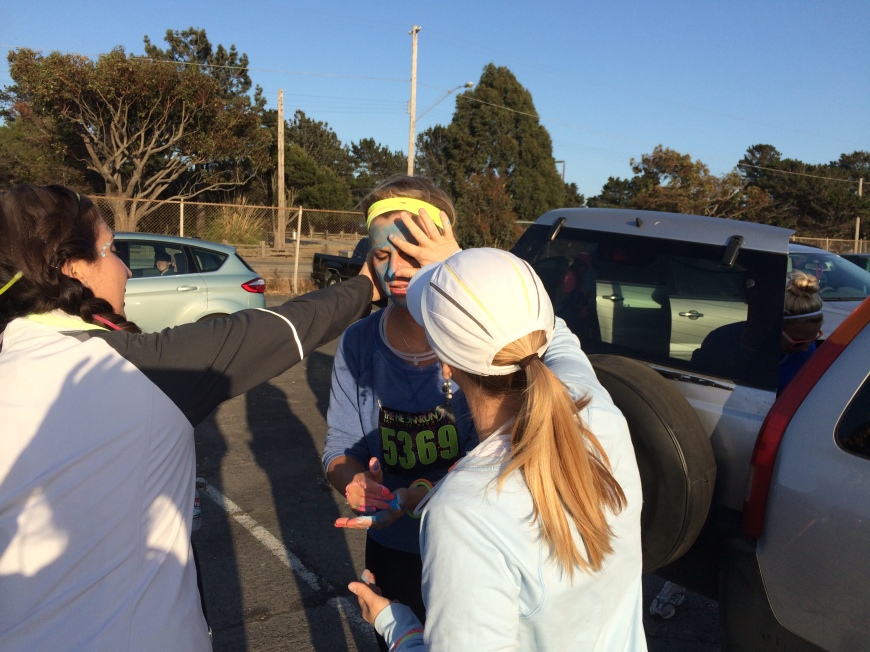 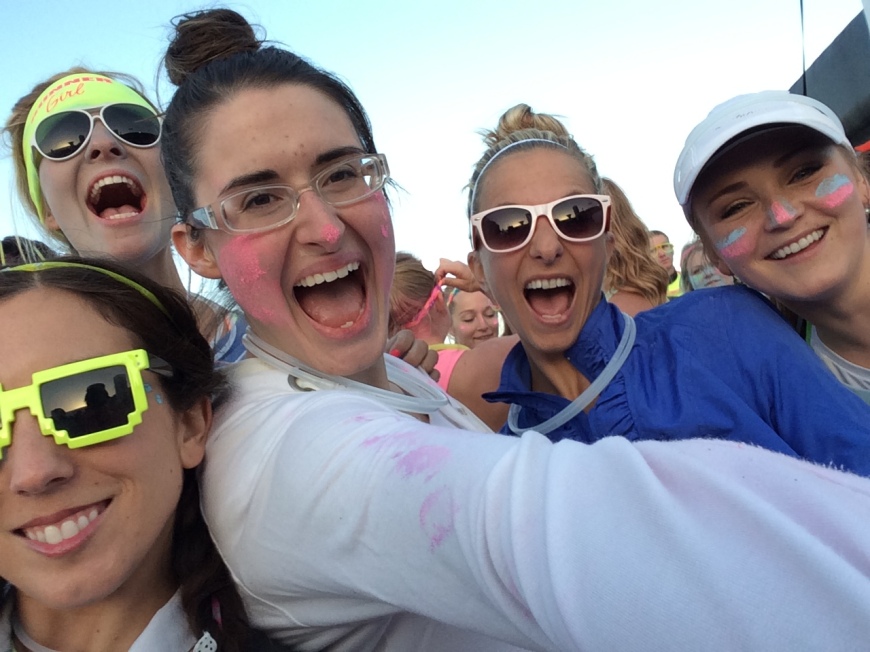 Jayna, Shari, myself, Arica, and Brittney! 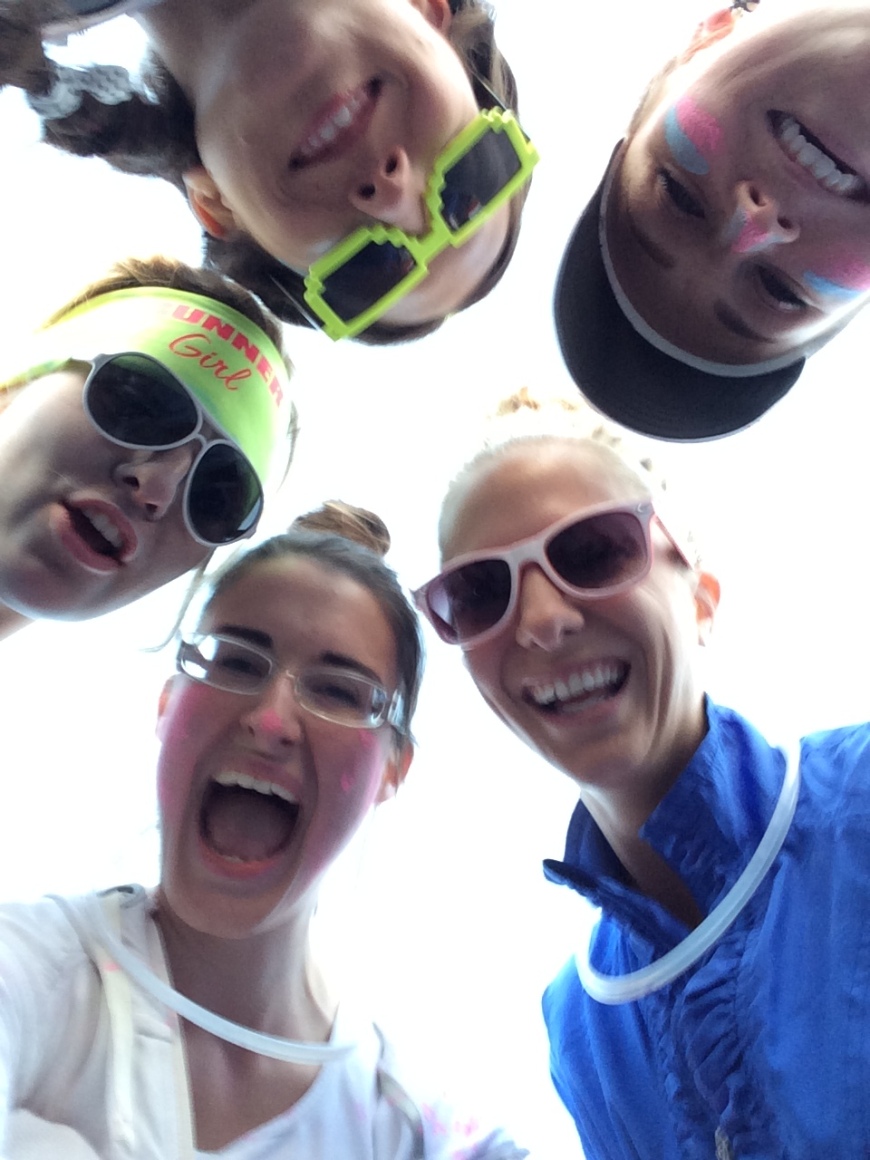 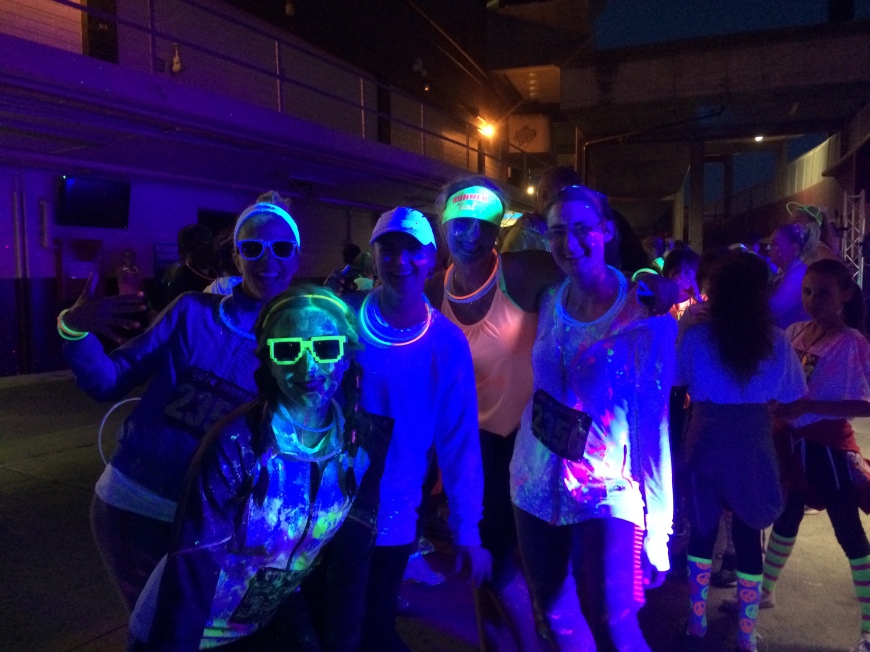 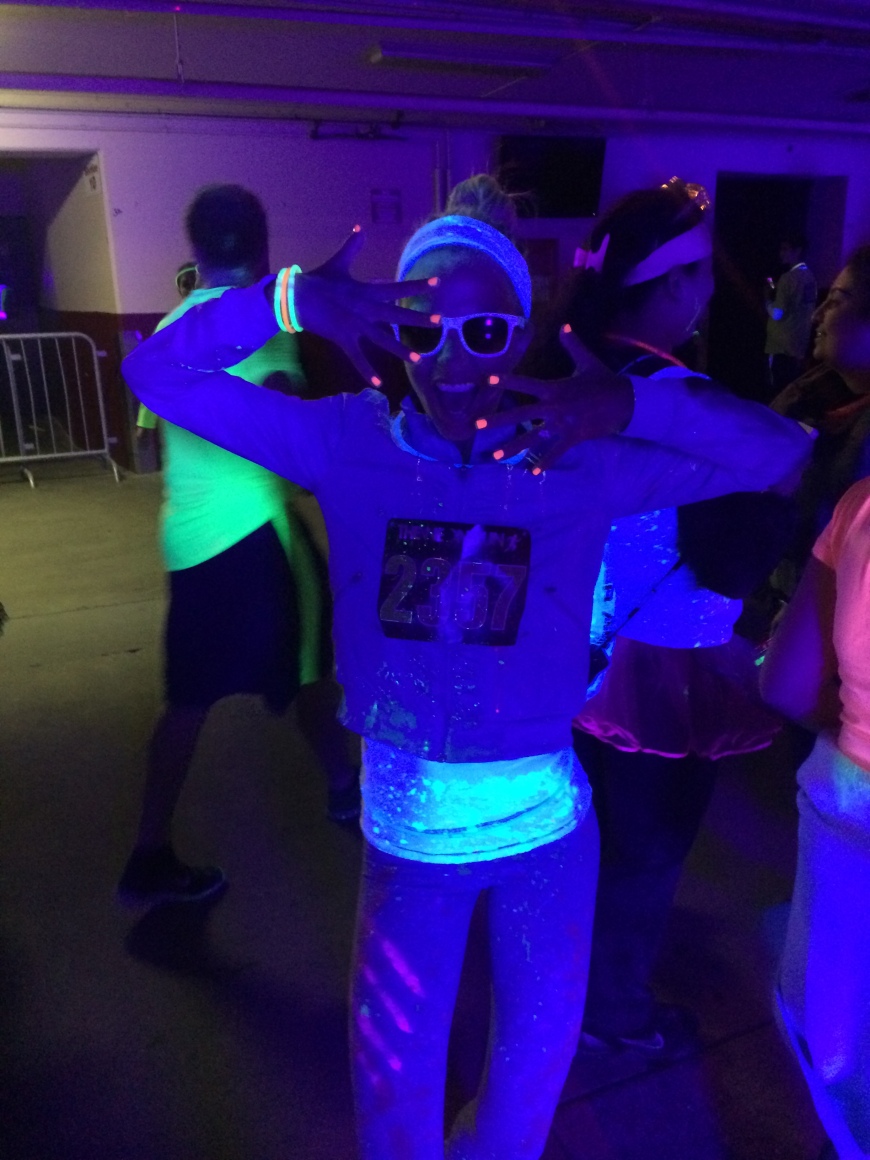 Arica looked SO awesome. And her gel nails were glowing like crazy. 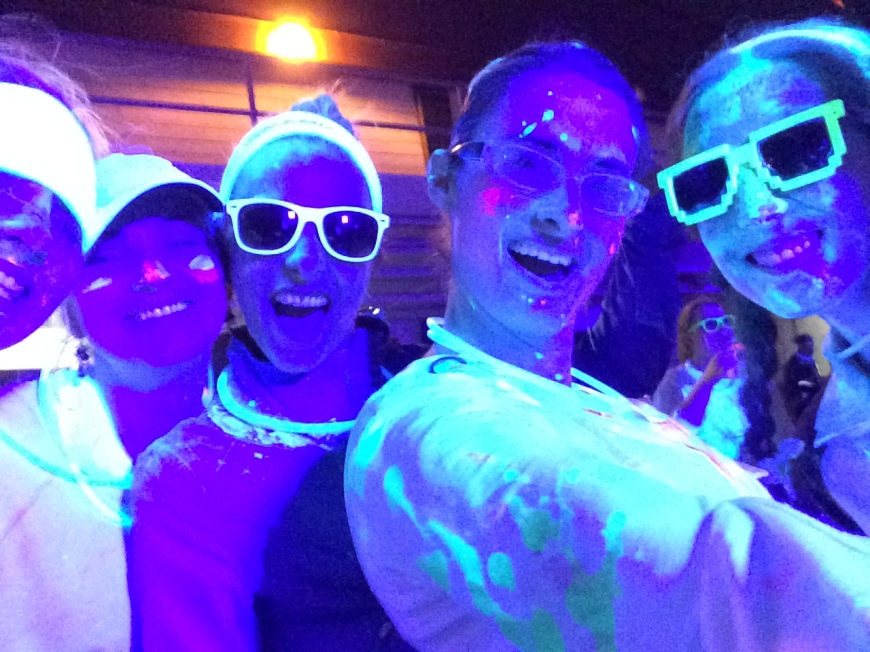 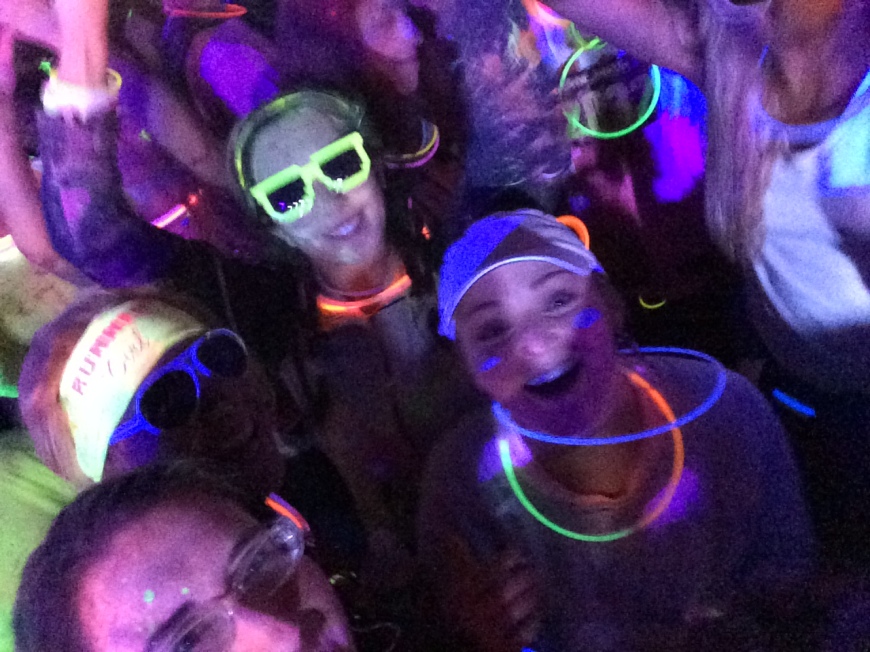 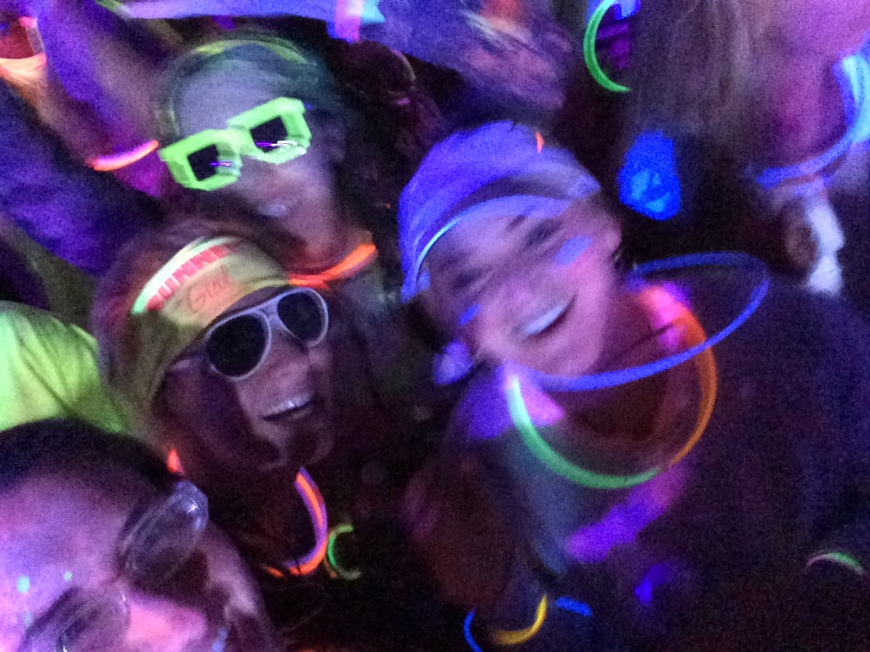 It was pretty awesome. And pretty much the closest any of us Moms are ever going to get to a rave…on a church night. Hahaha 🙂

Seriously, these ladies are awesome. I am so lucky to live exactly where I am, surrounded by them and countless other fantastic friends! Jayna and Shari are pretty much pro runners, Brittney has some impressive races under her belt, and Arica and I are super slow newbies. But they all slowed down to jog beside us (and encouraged us to try this whole running thing in the first place, haha)! Also I wore my craptastic old running shoes (glow paint was EVERYWHERE), and they were killing my feet/ankles halfway through. So Shari found out we wear the same size and she up and traded shoes with me so I wouldn’t hurt myself. Talk about giving the clothes off your back. Pretty sure I shed a tear for that one…or maybe that was just eye leakage from the wind in my face. Either way, I was touched : )

And as for that triathlon training….well, it’s going! This week was kind of a bust. But the two weeks prior were pretty decent! Brittney and I are training together. We run on our own, but we’ll swim and go on bike rides together after our kiddos are asleep. Actually, we’ve just done it twice so far….dang, it is so hard to feel like biking and swimming after a long hard day chasing kids. And it’s even harder to get the training done in the wee hours of the morning when your kids aren’t reliable sleepers yet. But we’ll work it out….I’m just happy to be training and to have a goal  to work toward! Someday I’ll complete a triathlon, even if I’m not ready this August.

Hope your summer is off to a fantastic start! We’re off to a family camping trip next weekend, I’ll be sure to take lots of pictures and tell you all about it ; )